Our Lakenvelders spend most of the year outside. In the polder they only eat grass and herbs, which occur naturally in the grassland. This gives the right fatty acids to the meat. And the slower growth and the small-scale approach also contribute to the taste. Lakenvelder meat has a fine marbled structure and an excellent taste.

In 2013, a jury of experts proclaimed Lakenvelder meat as the tastiest beef in the Netherlands. The jury tasted 14 cattle breeds, including the well-known meat breeds such as Charolais, Black Angus, Belgian Blue, Blonde d'Aquitaine, Limousin, Hereford and even Wagyu. De Lakenvelder was unanimous as the tastiest beef from the tasting. Butcher Johan van Uden was lyrical about the taste: “I have never tasted such a tasty fat. Not too loud, not too snotty, but completely perfect. It melts on your tongue just the way you would like it. Awesome."

It is not without reason that the Lakenvelder meat received a "Rare Tasty Award" and a place in the final in "The Taste of the Netherlands". In 2010, the Lakenvelder was the first Dutch breed of cattle to be added to the "Ark of Taste" by SlowFood.

Cooking at a low temperature

The meat quality is largely genetically determined. Originally Lakenvelders were draft animals. That is why they have the property of storing sugars in the muscles. This gives the meat a characteristic taste. The fat melts at a low temperature, so that it can be cooked at a low temperature. The structure and taste are thus preserved.

Beautiful meat comes into its own through careful processing. That is why we carefully choose a small-scale butcher and a professional butcher with an eye for quality. Our animals are slaughtered at slaughterhouse Tuithof in Kamerik and then further processed by Slagerij Ferry Lempers in Linschoten. The cow is boned by him from head to tail, the meat is portioned and quickly frozen in a shock freezer.

The Lakenvelder meat is quickly frozen by the butcher so that the quality is retained as much as possible. The reverse is true for defrosting: give the meat time to cool down slowly. Preferably let it thaw in the refrigerator and then come to room temperature an hour before preparation, then the meat will remain wonderfully tender.

Create your own review
No reviews found...
Related products 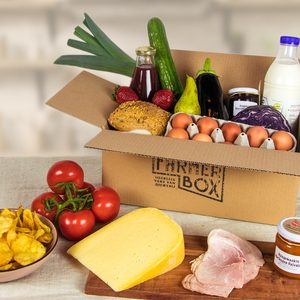 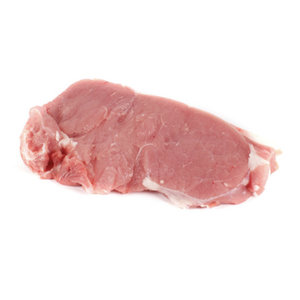